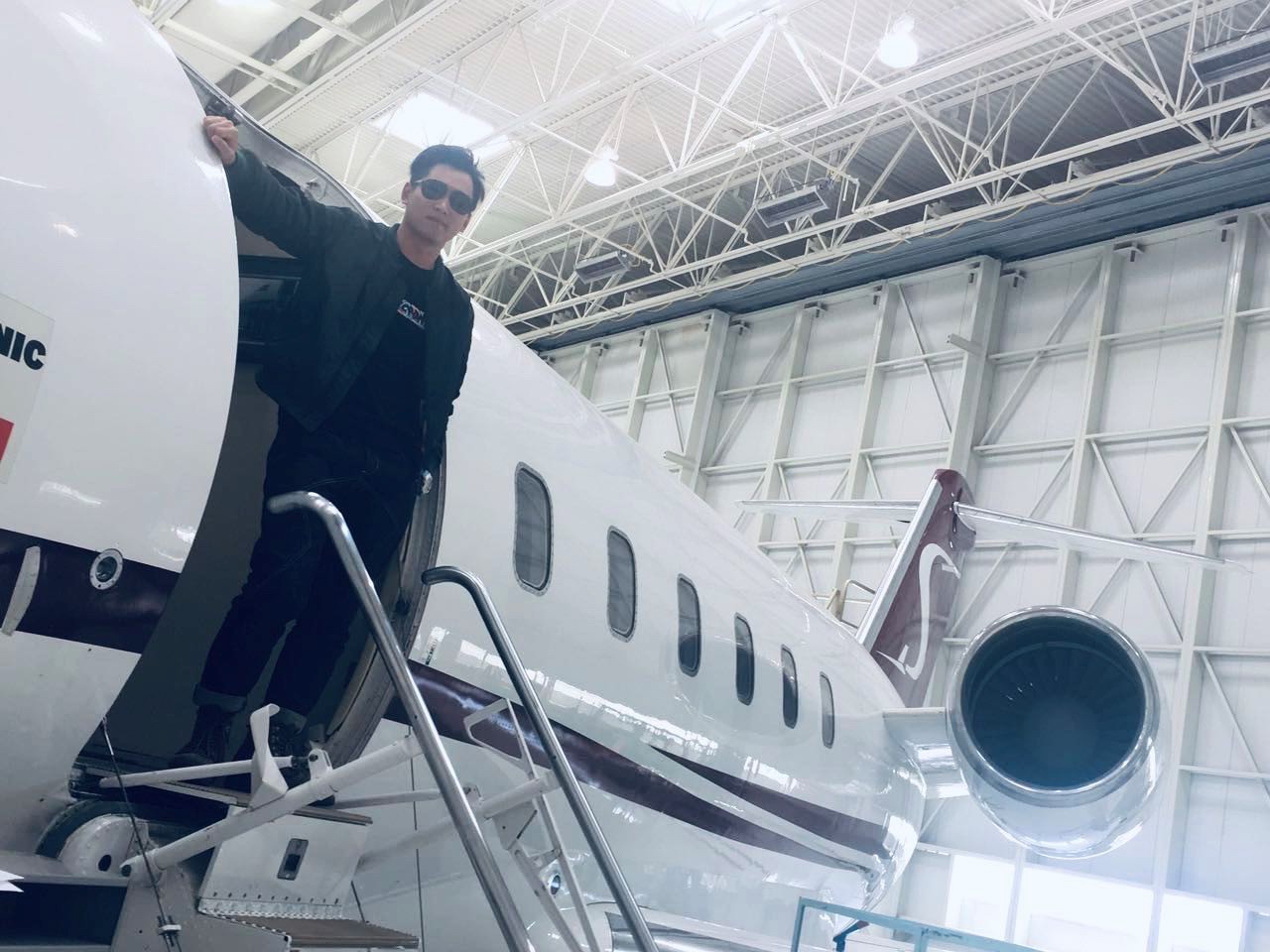 YongFu Yu (Ferdinand) was born in China in 1994. His love for aviation began when he was 15 years old and he enrolled in the Chinese Air Force. After completing the medical and entry examinations, Yongfu was one of the final 16 chosen candidates out of 1,200. Yu’s parents did not approve of him joining the air force, so he completed his education and went on to getting his engineering degree from Wuhan University of Science and Technology in 2011. Yu worked as an engineer in China for one year before he decided that he wanted to follow his passion for aviation. Yu joined the Calgary Flying Club International Program and completed his PPL 2016. He then moved on to North Bay to complete his CPL. In 2017, Yu ended up in Medicine Hat at Super T Aviation to complete his Instructor Rating; where he now resides as one of our full time instructors. Yu hopes to one-day return to China and work full time as a Corporate Jet Pilot. 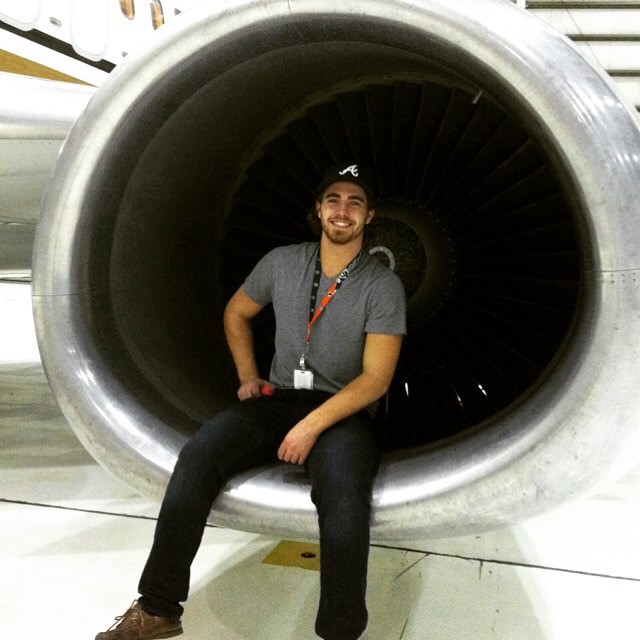 Clayton grew up in Calgary, Alberta. Growing up very athletically inclined, he could often be found playing sports such as hockey, baseball and golf. After high school, Clayton continued with his academics; studying Aircraft Mechanical Engineering at Southern Alberta Institute of Technology. During his schooling, Clayton balanced another aviation pursuit: flying at Springbank Air Training College. He earned his Private Pilot License in 2010 and went on to complete his Commercial in 2015. He graduated from his AME program at SAIT in 2013, and was soon after employed by Flair Airlines as an Aircraft Mechanic Apprentice, working on Embraer, Dornier and Boeing aircraft. Having a background in both sides of the aviation world, Clayton chose a new career path that simultaneously put both skills in action, a Flight Instructor. Clayton made the move from Calgary to Medicine Hat to pursue his instructor rating at Super T Aviation, which is where he now happily works as a flight instructor, thriving in the fast paced environment of the aviation world. 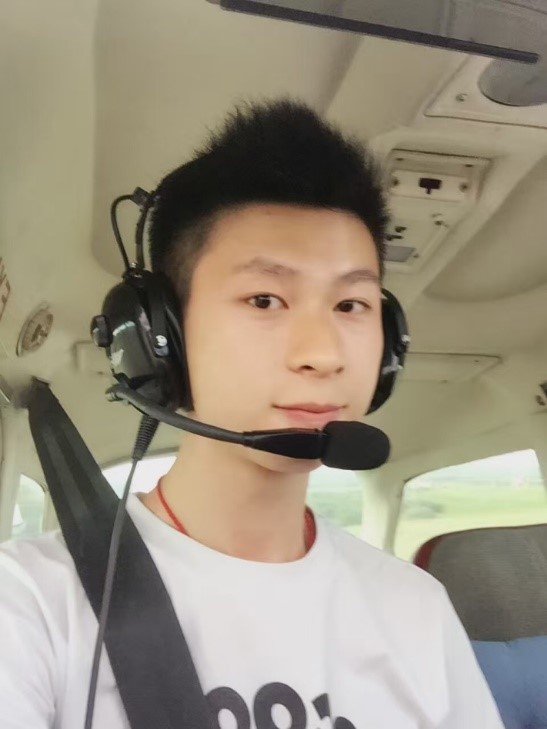 Chao Yuan (Shawn) was born in the Nan Chang city, Jiang Xi province, SE region of China. He is an outgoing person, loves listening to music, singing, and playing basketball. He graduated from the Si Chuan University with a communication engineering degree and diploma. He worked for Air China as a cabin attendant for 1 year in Boeing 737-300/700/800, 777-200/300ER and 747-8. Yuan enjoyed his role as a flight attendant but after time decided he wanted more. In 2016 Yuan joined the Calgary Flying Club International Program to acquire his PPL. After completing his PPL at CFC he moved to North Bay to start his CPL. Finally, Yuan moved to Medicine Hat to complete his Instructor rating and is now one of our full time instructors at Super T Aviation. Yuan strives for excellence in both his training and English proficiency. He hopes to become an airline pilot and be able to travel around the world.

I caught the aviation bug early on in life when visiting my Dad at the hanger who worked as an AME. I got a later start on my aviation career completing my Private License in 2009, then completed my Commercial multi IFR in 2017 at Super T. I have enjoyed gaining experience flying charters, pipeline patrols and meter reads. In 2018 I completed my Instructor rating at Super T and since been exposed to some great learning experiences. It has been rewarding being able to work along side various students who are trying to achieve their goals of becoming aviators. In my off time I enjoy camping with my wife and two sons as well as coaching their hockey teams.

Alex joined air cadets in 2011 and got his private pilot license in 2016 at Super T Aviation. Later he participated in the International Air Cadet Exchange program the following year and spent his summer touring Maryland and Pennsylvania with cadets from around the world. In 2017 he finished Air cadets as a Warrant Officer Second class after 8 years in the program learning new skills. Soon after Alex received his Commercial Multi IFR and moved to Sioux Lookout ON, once there he worked at Northern Skies Air Service as a first officer on a PA31 Piper Navajo. Alex spent that time serving the communities of northern Ontario doing charter work. Now Alex is a charter pilot at Super T Aviation and is working towards his flight instructor rating to continue his passion for flying. Alex has an interest in exploring new places, he wants to see the world and plans to one day be able to do that by working for different air services going to far and unique places. Some of his other hobbies involve biking, alpine skiing, reading, and hiking. 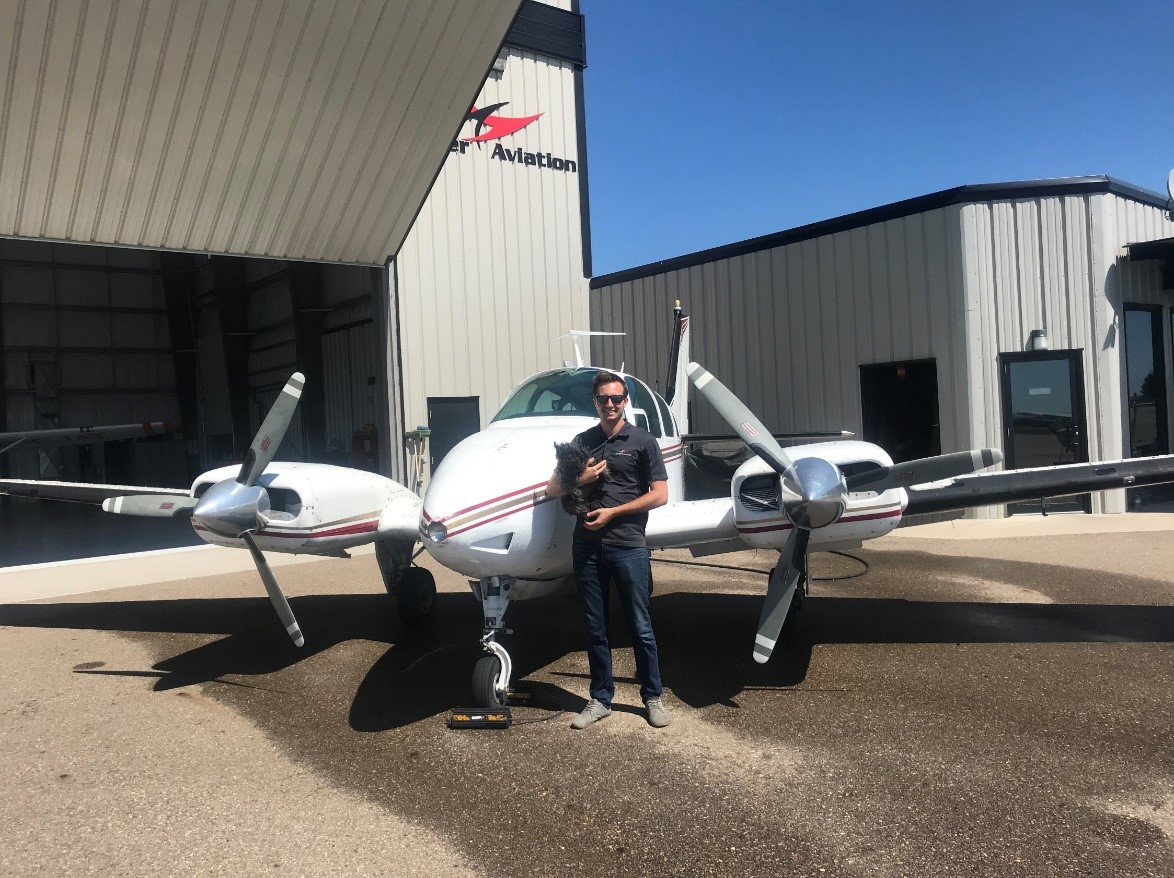 Reid Swenson was born in 1995 and was raised in the small farming community of Bindloss, Alberta, located north of Medicine Hat. Throughout his childhood, Reid was always around aviation, as his father owned a Cessna 172. Growing up, Reid experienced afternoon flights on calm summer days, which helped to instill the love of aviation in him. After completing high school, Reid began his aviation adventure. He enrolled in PPL training at Super T Aviation in 2016, the same place his father learned to fly. After completing his PPL, he moved onto his CPL which he completed in 2018. During which, he also completed his Night Rating and Multi-Rating. Reid decided to join the Super T family during his training, where he became the Safety Officer in 2017 and most recently became a charter pilot. Reid aspires to thrive in the aviation industry and hopes to one day join the ranks of aerial firefighters.